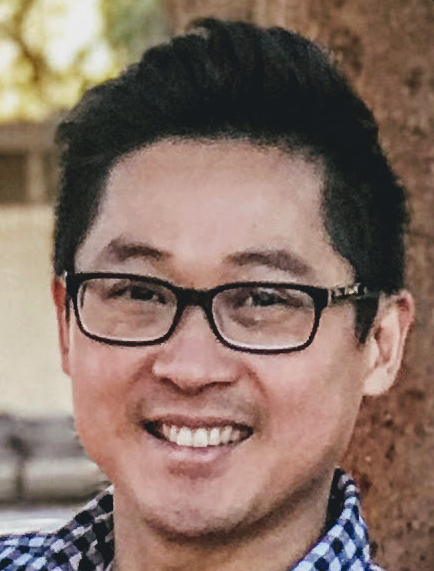 Making sure that engineers are heard at the management level is a constant struggle at companies large and small. Commit’s team members hosted a conversation between Commit Engineers and Khang Tran, SVP of Engineering at Goodwater Capital, to talk about how to approach the rest of the organization as an engineer, managing career progress and growth, and using engineering culture to overcome big challenges. Read the first post here.

Question: I know engineering leaders at Sonder and other organisations have written about this idea of marketplaces paving the way for full stack businesses, and that subtle difference between a pure marketplace that’s matching supply and demand versus a marketplace that owns supply. I want to understand how you built an investment thesis and a working thesis as it relates to marketplaces that are able to own supply.

Khang: I think you hit the key point, which is that it’s really about control. If you’re peer-to-peer or C-to-C like Ebay, the beauty is that it’s just a bunch of buyers and sellers transacting. You’re sitting back and making sure the website’s up and you take a tax on the transactions.

The downside is you have no control over the quality of the things being sold or how fast they shift. If that’s valuable to you as a business, you might want to take on that supply so you have more control.

There might be times where that’s just not an option legally speaking, for example with Uber and the laws around how much training or direction you have to give drivers. Another example: Sonder chose to own their supply while Airbnb didn’t. In Sonder’s case, having more control over the user experience ended up being core to the product. It comes down to how badly you want that control and whether you’re willing to take on the cost to own the supply.

Question: Many of the people in this room are founders or the first engineer, and people in that position often go through a period of time where they go from having many direct reports to having almost none—when they switch companies, for example. That can be challenging from an ego perspective. Can you talk to us a bit about working at companies like Uber and how you came to think about success not necessarily as tethered to just the number of reports?

The exciting parts of a company’s growth tend to happen earlier, so when Uber slowed down, you wouldn’t see that kind of growth anymore. I got to restart that process when I moved on, which was exciting.

Question: I am really curious about the relationship side of things and about the importance of having one-on-ones and making sure you’re still connecting with people, even if you’re not officially their manager anymore. Founders seem to really struggle with being ten people versus being 100 people, because you can’t know everyone that deeply and I think that can feel like a real loss to people.

Khang: I think another common scenario is when an early engineer or a founding engineer has the company grow around them. They wonder whether they should become a manager so they can feel like they’re making an impact. I think that’s the worst thing to do, because it’s probably not what they’re best at and not actually what they want to do—they just think it’s something that helps them become higher scope or more relevant in the organization.

Letting go of the idea of reports being a measure of scope or impact is helpful. You can be somebody who is a technical leader with zero reports but massive influence, because you’re able to reach out to every engineer or enough engineers in the engineering org to create influence. I think that’s the most wonderful path.

Question: Our chief architect Bill often says his happiest state is one where he gets to be the architect and know a ton about the system and why decisions were made and have no formal managerial work to do in any way.

Question: I started my career in venture capital, which is not necessarily the way I recommend people start their careers, but I loved it. I don’t know what you can share with us in terms of how you’re introducing technology into Goodwater, but I’m really curious about that. To what extent are you involved in investment decisions there, and how do you evaluate tech teams in general?

Khang: There’s this old school picture of what VC looks like—mainly just a bunch of rich guys in a room—and we want to be not that.

We want to be very data-driven, and a large part of what we do as a technical team is we have a platform that ingests tons and tons of data, looks at millions of companies, and helps our investment team make the best decisions. It isn’t relationships, or the colour of your skin, or the fact that you’re in the US that is determining whether we invest. We want to really be objective and make the best investments we can.

Along the way we realised that it’s working really well, so the next big thing is scale. As engineers we know that scale makes things really interesting. If Facebook had a million users, it’s not as interesting as if it had three billion. Once you get to three billion everything changes: you’re building your own racks, your hardware, because you have to optimise a certain way.

For Goodwater, we really want to scale up VC. Typical firms might have 50 to 200 companies in their portfolio. We want to have 10 000 to 20 000 and we want to be deploying a billion, two billion dollars a year.

We’re trying to see what would happen if you take the manual process of a bunch of humans and spreadsheets and Google forms and emails and whatever else it is that they do and turn that into something that’s automated. We call it the ‘Ironman suit’—if we gave this technology to a human, they would be a 100X investor who could do 100 deals a week, not just one or two.

We’re talking scale not just in terms of number but also breadth: it’s easy to find a lot of deals in Silicon Valley, but we want to go beyond Silicon Valley because there are other markets that are emerging.

There are a lot of really interesting things happening in India, Europe, and Southeast Asia that we don’t want to hire an army of people to cover. We want to use technology to be able to reach those places and achieve the scale we want. We’re only scratching the surface and we have a long way to go, but we aspire to build a platform in technology that can take venture capital several orders of magnitude higher.