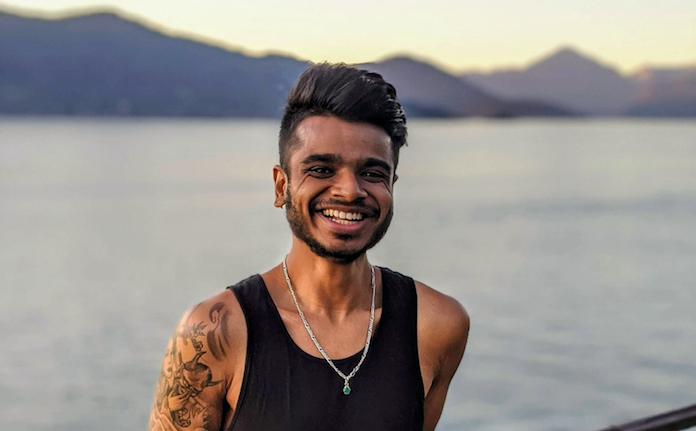 Personal Coaching at Commit (Part V): Taking a career break might be the best thing you can do for yourself and your career

Last year, I took an unpaid career break. It wasn’t an easy move to make, but it’s been the best decision I’ve ever made for myself and, I expect, the rest of my career.

For eight years, my work life was on a roll. I landed several rewarding jobs at interesting companies. I was learning and growing, and the salaries and benefits were good too. I thought everything was heading in the right direction. I was content, until I wasn’t. A little while ago, after taking a new job at a new company, I found my motivation was gone. Disappeared. It wasn’t the company or the team or the role—on paper they were perfect. It was something else. Something was not right. I knew I had to do something about it.

Looking back, I can see how I arrived at that point. I love to learn, and early in my career everything was new. New skills, new languages, new industries, new teammates—so everywhere I went was inspiring and enjoyable. But after several years, I started choosing jobs for different reasons. I sought stability and salary.

I realized something was off when I simply didn’t feel like doing the work anymore. Fortunately, the timing coincided with Commit launching a coaching program. I had the opportunity to talk to a coach about how I was feeling, my malaise. It led me to first seriously consider something I’d never imagined I would do: to take an unpaid, undefined break from work to think hard about what I really want to do, what I love, what inspires me.

So, was the decision to take a career break easy? Hell no. It was one of the hardest decisions of my life. I was worried about what people would think. I was anxious about giving up a salary, messing up my resume. I was nervous to hear what my parents would say.

One night, as I was contemplating my options, I went for a midnight run. (I wasn’t sleeping much because of the stress of deciding what to do.) It was mid July, so it was a little chilly but not freezing. I ran through Vancouver along the seawall, stopping by the ocean and gazing up at the stars. As I ran, I thought, what would I be doing if money was not an issue? Even though I covered 15 kilometres that night—way more than usual—I couldn’t come up with an answer.

That’s when I made the decision that I would take some time off to figure it out.

Once my mind was made up, I felt relief like I’ve never felt before—like a colossal boulder was lifted off my shoulders. But I was still nervous to tell people close to me, including my parents. They were immigrants who had worked incredibly hard in challenging circumstances to help create the life that enabled me to get where I was. Would they be disappointed? Upset that I was squandering my career, my education, my future? How would I tell my manager at the new company I had just started at? Would he lose it on me?

I needn’t have worried. My parents were more than understanding, they were behind the decision 100 percent. They pointed out that they hadn’t worked so hard for me to live and work in ways that weren’t meaningful or satisfying. My manager was actually excited for me. I left the job on good terms, which was important to me.

I know I’m lucky. I’ve had incredible opportunities to work with great people in rewarding roles. But at a certain point you have to reflect on where you’re at and think, is this really where I want to be?

You have to be a bit selfish. You’re not doing anyone any favours if you’re miserable and you know there’s no end in sight. You will be a better teammate, friend, partner, and employee if you are interested and engaged in what you’re doing. In other words, everyone wins when we think hard about where we are and where we’re headed.

If you aren’t sure if you can answer those questions about yourself, do yourself a favour and talk to someone. Find a personal coach, a friend, a mentor. And consider taking a break to think it through.

And if you do have the good fortune to be able to take a break, treat it seriously. Since I left my role in August, I’ve been going to therapy. I’ve continued to meet with my coach. I’ve returned to meditating. I’ve rekindled my love of learning, and reminded myself of my passion for science, and for the positive impact science can have on people. I’ve been devouring AI and machine learning classes—breezing through them because I am so interested in the topics. Ironically, though it’s been a struggle in many ways, COVID-19 has created conditions that have enabled me to focus on myself. There are fewer places to go and people to see, so I have more Pritesh time. That’s been an unexpected silver lining in this otherwise terrible pandemic.

And I’m figuring what I want to do next, working on pilots with startups Commit. The answers don’t come all at once, but if you put some effort into them, you’ll get there. Our lives are short and our careers can feel long. Best to take some time to figure out what you’re meant to be doing. Don’t think of it as a break, as a loss of salary. Think of it as an investment in yourself.

Pritesh Patel is a senior software engineer who enjoys coming up with efficient solutions to complex problems.

We hire Software Engineers to build their careers with promising early-stage startups.