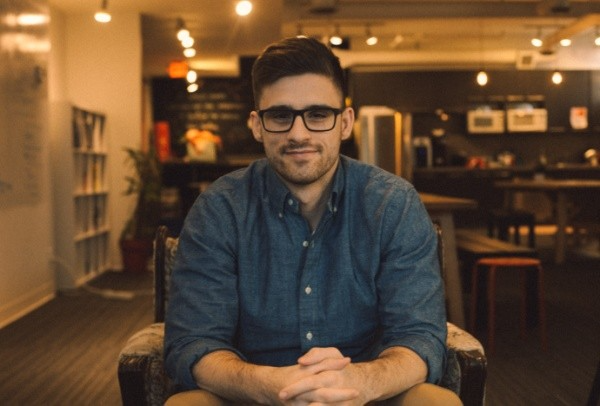 Djordje Vujatovic is a Commit engineer who joined the company in October 2020.

As Software Engineers, whenever we join a new team or a new company, we go through the process of onboarding. It differs from company to company, and even team to team, but it can provide new employees with helpful foreshadowing: a hint as to the kind of processes and culture you can expect in the future with the company. A startup that cares about its onboarding process cares about Engineer happiness. There’s nothing worse than getting thrown into the deep waters of an unfamiliar codebase on day one and being told to figure out how to swim on your own.

Commit has built its culture and internal processes around Engineer happiness. So it’s no surprise my onboarding at Commit has been the best experience I’ve ever had in my career.

The highlight of the process? CHOP.

CHOP: What is it?

CHOP stands for “Commit Hackathon Onboarding Project.” It is a weeklong process that culminates in the presentation of a project to your peers over Zoom. Every Engineer is given exactly a week to think of, think through, and build their project. It can be anything from a side project that you’ve been thinking about working on but never found the time, contributing to open source projects, or simply building a hackathon project on top of any of the existing projects within the Commit codebase.

Well, chop-chop, what did you work on?

When you join Commit as an Engineer, it becomes very clear that the company’s core values are centered around the idea of Engineer happiness. With that in mind, I knew that I wanted to work on something that could make the lives of Commit Engineers easier. Given that we currently have over 50 Engineers on the team, all with different and unique skillsets, I figured that building a tool for helping find the right Engineer to talk to about a particular language or framework would be especially useful. That’s when I came up with the idea of building the Commit Expert ChatBot.

What is the Commit Expert ChatBot?

The Commit Expert ChatBot is a simple Slack ChatBot.

Let’s say for the sake of example that I am a newly hired Commit Engineer, and I’ve just been placed on my first three-month contract with a Commit partner company. The company that I’ve joined uses a framework or language that I have limited experience with. Let’s say it’s Python. I want to ask one of the Commit Engineers for help, but I’m not sure who has expertise with Python.

I use the Commit Expert ChatBot to find Python experts within Commit. The user experience is straightforward: You enter the command /commit expert, and you are prompted with a dropdown of languages and frameworks that Commit devs have expertise with. You select Python, for example, and the bot returns to you a list of three experts in that language. If there are more than three experts in Python, the list of experts returned is randomized.

Why Is This Helpful?

Though I believe that this tool would be helpful for all Commit Engineers, it’s especially useful for new Engineers. If I am a new Engineer at Commit, and I don’t know anyone on the team, it would be really hard for me to know who to approach and talk to about language or framework-specific questions. However, if from the very beginning I am told that Commit has this cool bot that will help narrow down my search for individuals who I can talk to about specific technical questions, this would surely make it easier and faster for me to get an answer to whatever I’m stuck on.

The hackathon implementation of the Commit Expert ChatBot provides a simple solution to the problem of finding an expert within the Commit community—especially since it consists of remote workers. However, a number of cool features could be built to make the tool even more useful. Here are a few:

Start Chat On Click: At the moment, the Commit Expert ChatBot returns three experts for the language or framework you’re looking for. The next iteration of this tool should give the user the ability to click on one of the experts that is returned, and automatically start a conversation on Slack with them. This is a small feature, but it would make the user experience much smoother.

Start Group Chat On Click: Another feature that would provide value to the user is the ability to start a group chat with two or all three of the experts returned by the bot. This feature is useful in the case where the Engineer is potentially looking for different opinions on a particular feature implementation, or perhaps if they want to bounce an idea off of multiple experts and get feedback.

Over my years as a Software Engineer, I’ve taken part in several hackathons. From quarterly company-wide hackathons to hackathons at Y Combinator. I’ve always found myself enjoying the time spent at these hackathons, even if some were pretty demanding and required pulling all-nighters. They’re a great way to build something cool, learn something new, and have a ton of fun along the way. So, it comes as no surprise that my onboarding experience with Commit was so amazing.

The Commit Hackathon Onboarding Project is great for many reasons: not only does it allow you to smoothly transition into your new team, but it also allows you to express yourself creatively and show your peers what you can do. Most onboarding processes I’ve gone through get right down to business and focus on the company and codebase first, and there’s nothing wrong with that. Commit, however, has decided to focus completely on the Engineer. They want to allow you to express yourself creatively, through code, so that your new teammates can get to know you and ask you questions. Commit truly does care about Engineer happiness, and the hackathon project is the perfect way to show that.

Djordje Vujatovic is a Commit engineer who joined the company in October 2020.